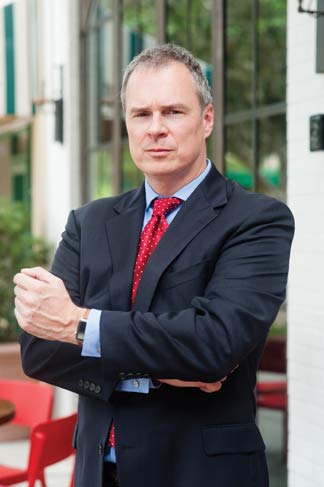 David T. Roberts graduated with a 4.0 in Finance from the University of Florida College of Business in 1992, and with Honors from the University of Florida Levin College of Law in 1995. He was born in Virginia, moved to Florida at a young age, and has been a resident of Orlando for more than 20 years. A family man, he is the proud father of an amazing eight-year-old boy.

Mr. Roberts has worked with families since admission to The Florida Bar in early 1996. He established his firm in Orlando, and soon began to focus primarily on the practice of family law. Over the course of more than 20 years, David has both expanded within, and influenced in great part, the evolution of family law in Central Florida.

From day one, Mr. Roberts has espoused a bold, aggressive approach to practicing family law that has maximized his clients’ outcomes for decades. He has been involved in more than 1,000 family law cases, including divorces, paternity actions, relocations, modifications, appeals and a myriad of other family law actions; countless patrons of his firm have sought and found refuge from the awful effects of divorce, under the aegis of his practice.

The Roberts Family Law Firm, P.A., is located just outside of downtown Orlando, and has a second office 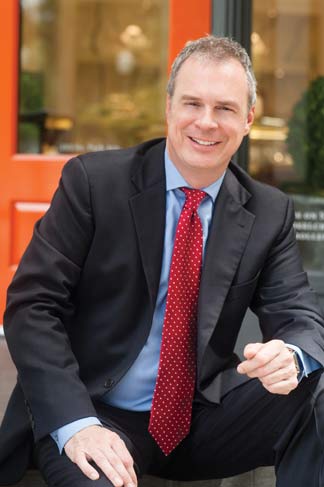 in Kissimmee, Florida. It is a boutique firm, working only in the areas of divorce and family law. Despite current trends where family law firms are growing larger, and where several attorneys handle different aspects of each case, Mr. Roberts’ firm strictly adheres to one fundamental principle.  Each client will be represented by the family law attorney, (whether it be David himself, or one of his associate attorneys), that the client hires, along with the same paralegal, for the entirety of the case. In addition to that, each client benefits from the use of the firm’s significant ancillary resources. These include an appellate attorney who specializes in legal research and family law appellate practice, several excellent paralegals, a full-time receptionist, and a number of law clerks. The guiding principle of this business model is to provide case-specific, intimate and aggressive representation, for every client.

The initial intent, of course, is to settle every case, and the firm does indeed negotiate a settlement for more than eighty-five percent of its clients. The goal during the settlement process, which usually culminates in mediation, is fair, or better than fair. However, in the event that a favorable outcome cannot be obtained amicably, David and his team are dedicated to a results-oriented approach to litigation.  This approach relies on vigorous preparation, sound strategies, the application of resources, and the significant experience of the attorneys and staff. As of this writing, Mr. Roberts has been involved in 139 major trials of one or more days.

Over the years, Mr. Roberts and his firm have received numerous accolades. In 2004 he was chosen by the local Fox News affiliate to provide expert television commentary on a breaking story involving a custody dispute in Seminole County, Florida. He is also published, having co-authored a practice manual in 2011 titled Inside the Minds: Strategies for Family Law in Florida, related to the promulgation of new laws in Florida that have reshaped the family law litigation landscape.

In 2016 and 2017 Mr. Roberts was awarded the “10 Best” Client Satisfaction Award by the American Institute of Family Law Attorneys, and in 2017 he received a certificate of membership in Lawyers of Distinction, for Family Law and Divorce, and also recognition by Attorney and Practice Magazine as a “Top 10” Attorney in Family Law.

All new clients experience the same passion, dedication and grinding work ethic that have become the hallmark traits of David T. Roberts and The Roberts Family Law Firm, P.A.