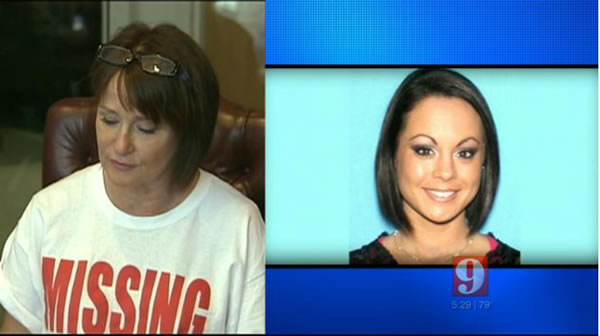 In the wake of her disappearance Stewart’s son-in-law stopped letting her see her grandchildren.

On Tuesday, Stewart and her family filed the first petition under Florida’s “Grandparents' Rights” law, seeking to have visitation with her grandchildren.

Courts have traditionally left parent’s the right to control access to their children, but Florida’s new law opens up access to a select group of grandparents.

The law, which was almost tailor-made to Stewart’s situation, requires one parent to be dead, missing or in a vegetative state. The other parent must be a convicted felon or someone who shows signs of violence.

Parker has been declared legally dead. Parker's husband was convicted in 2000 of felony domestic violence against his wife from a different marriage.

From here, there will be a hearing on Stewart’s petition, then mediation, and if an agreement isn’t reached there will be a trial and a judge will make the final decision.

“It must be really hard on them, it must be,” she said. “But yet, they were so blissfully innocent at the time, they were so young.”