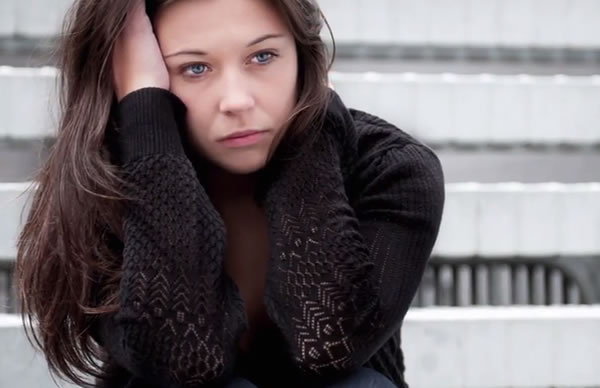 Yesterday, the 38 Michigan Senators unanimously passed the Rape Survivor Child Custody Act authorizing courts to terminate the parental rights of rapists upon a rape conviction or upon a finding based upon “clear and convincing evidence” that the parent committed “criminal sexual conduct” – the terminology used for rape under Michigan law – and that the “conduct resulted in the child being conceived.”

SB 629 had 9 co-sponsors, including one Democrat and one female Republican. So there were 7 male Republicans who, contrary to the mainstream media, do care about rape victims who become pregnant.

The bill’s primary sponsor, Republican Senator Rick Jones, who spent 31 years in law enforcement said, “I want to ensure that victims of rape are not faced with a custody battle from their rapist. . . .  I’ve actually heard of horrible cases where the rapist contacted the victim after they heard that a child had been conceived and said: ‘Get an abortion, and if you don’t, I will be going for custody. . . .  I certainly cannot imagine a rapist being able to continue to harass the victim, or have custody of a child conceived in that act.”

Last week, I testified before the Michigan Senate Judiciary Committee on this legislation. My background as a Family Law Attorney helped in explaining why the “clear and convincing evidence” standard is appropriate. After all, it’s the standard used in Michigan law for all other termination of parental rights cases, and it’s the standard set by the U.S. Supreme Court in the case of Santosky v Kramer.

I shared stories of women from Save The 1 and Hope After Rape Conception who were sued by their rapists for custody, including Analyn Megison from HARC, Angela Grogg from HARC and her daughter Pyper, and Save The 1 pro-life speaker Liz Carl – a birthmother who had to agree to drop criminal charges, just to be able to consent to an adoption without the rapist getting custody.  Additionally, I told the Senators of two women who were conceived in rape, then raped by their own fathers while in the rapists’ care – Save The 1 Vice-President Darlene Pawlik, and Rowena Slusser.

Attorney Shauna Prewitt — one of my co-founders of Hope After Conception (HARC), who was sued by her rapist for custody, also testified before the Michigan Senate Judiciary Committee by sharing her own compelling story, as well as the research she did for her Georgetown Law Journal article, Giving Birth to a “Rapist’s Child”: A Discussion and Analysis of the Limited Legal Protections Afforded to Women Who Become Mothers Through Rape.

By passing this law, Michigan will be entitled to receive federal funds for programs which help survivors of rape, in accordance with the federal Rape Survivor Child Custody Act co-sponsored by Debbie Wasserman-Schultz, passed by Congress and signed into law by President Obama last June – the only pro-life legislation approved by the President. This law is pro-life in effect because if pregnant rape victims know they’ll be protected from the rapist, they’ll be more likely to choose life.

It also provides opportunities for legislators to hear from rape survivor mothers who deeply love their children, and we see legislators for once referring to these children as “the rape victim’s child” instead of the usual derogatory terminology of “the rapist’s child.” So they get to see this issue, the mothers and their children in a whole new light.

Under the federal act, Congress made the following findings:

(1) Men who father children through rape should be prohibited from visiting or having custody of those children.

(2) According to several studies, it is estimated that there are between 25,000 and 32,000 rape-related pregnancies annually in the United States.

(3) A substantial number of women choose to raise their child conceived through rape and, as a result, may face custody battles with their rapists.

(4) According to one study, 32.3 percent of women who were raped and became pregnant as a result of the rape kept their child.

(5) Another study found that, of the 73 percent of women who became pregnant as a result of a rape and carried their pregnancies to term, 64 percent raised their children.

(6) Rape is one of the most under-prosecuted serious crimes, with estimates of criminal conviction occurring in less than 5 percent of rapes.

(7) The clear and convincing evidence standard is the most common standard for termination of parental rights among the 50 States, territories, and the District of Columbia.

(8) The Supreme Court established that the clear and convincing evidence standard satisfies due process for allegations to terminate or restrict parental rights in Santosky v. Kramer (455 U.S. 745 (1982)).

(9) Currently only 6 States have statutes allowing rape survivors to petition for the termination of parental rights of the rapist based on clear and convincing evidence that the child was conceived through rape.

(10) A rapist pursuing parental or custody rights forces the survivor to have continued interaction with the rapist, which can have traumatic psychological effects on the survivor, making it more difficult for her to recover.

(11) These traumatic effects on the mother can severely negatively impact her ability to raise a healthy child.

(12) Rapists may use the threat of pursuing custody or parental rights to coerce survivors into not prosecuting rape, or otherwise harass, intimidate, or manipulate them.

The federal act then provided additional grant money to states who pass this law: “The Attorney General shall make grants to States that have in place a law that allows the mother of any child that was conceived through rape to seek court-ordered termination of the parental rights of her rapist with regard to that child, which the court shall grant upon clear and convincing evidence of rape.” The grant programs are the STOP Violence Against Women Formula Grant.

We are currently awaiting on some amendments to the companion bill which authorizes Family Court judges to suspend custody and parenting time rights upon a showing of “clear and convincing evidence,” which would then provide rape survivor mothers with the opportunity to get a case filed for termination of parental rights. When the bill was passed in the House to suspend custody and parenting time, 101 Michigan State Representatives voted in favor of the bill and 4 voted against it. One of those who voted against it, Marcia Hovey-Wright, served as the Executive Director of Muskegon Area Planned Parenthood. She certainly showed her true colors in caring more about rapists than rape victim mothers who had the audacity to choose life for their children.

Many thanks to Right to Life of Michigan for spearheading this effort in Michigan — especially Ed Rivet and Genevieve Marnon out of the legislative office in Lansing. You set an example to every Right to Life organization as to how to make this a priority and how to get it done. You’ve never allowed a rape exception in Michigan, and now you’ve shown how to continue this protection after the children conceived in rape are born.