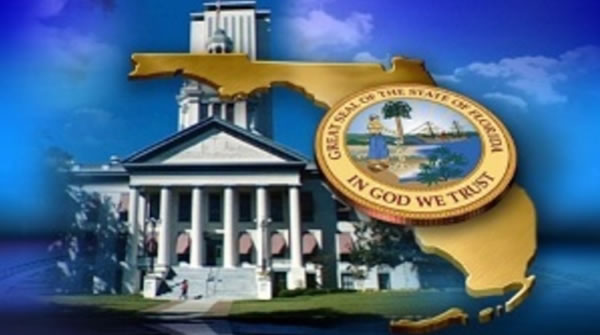 Senate signs off on alimony overhaul

TALLAHASSEE, Fla. - The Florida Senate approved an alimony overhaul that would establish formulas for alimony payments and includes a controversial provision dealing with how much time children should spend with their divorced parents.

The proposal, approved in a 24-14 vote Friday, is a compromise with the House, which originally objected to the inclusion of the child time-sharing provision. The measure now goes to the House.

The time-sharing issue was at the center of a bitter dispute between two prominent Republican lawmakers --- Senate budget chief Tom Lee and House Rules Chairman Ritch Workman --- that caused a similar bill to die last year. Lee wanted child time-sharing included in the bill, while Workman opposed it.

A compromise between Lee and Workman, reached late in this year's session, did away with a proposed presumption that children spend their time equally between both parents. Instead, judges would "begin with the premise that a minor child should spend approximately equal amounts of time with each parent."

Critics of the measure complained that there was little substantive change between the "presumption" and "premise" that children split their time between parents.

Workman has worked for years with alimony-reform advocates and the Florida Bar's Family Law Section to revamp what all sides called Florida's outdated alimony statutes.

At Lee's request Friday, the Senate amended the time-sharing provision to apply only to divorces or child custody cases filed after Oct. 1. Lee said that would address a concern about retroactivity expressed by Gov. Rick Scott in vetoing an alimony measure three years ago.

But Senate Minority Leader Arthenia Joyner argued that the alimony portion of this year's bill (SB 668) was still retroactive because the new guidelines would apply to people seeking modifications to their payments.

Under the proposal, the duration of alimony payments would be based on the number of years of marriage, while the amount of the payments would rely on a couple's gross income --- the higher earner's salary minus the earnings of the spouse seeking alimony.

Joyner said the changes would "substantially reduce" payments to women, who make up 96 percent of alimony recipients.

"The reason for the change is not rationality. It is to reward the privileged," Joyner, D-Tampa, said. "I think this is a travesty. It's a disgrace and a shame that we would do this to those who have given their all for so many years to their families."

But Sen. Kelli Stargel, a Lakeland Republican who sponsored the measure, said that she wanted to provide predictability for couples, who in the past have used the process of divorce to punish each other.

"Going through a divorce is heart-wrenching for all the parties," said Stargel, who said she has been married since she was 17 years old and has never been divorced. "The parents get so angry and so mad at each other. … The children are the ones that suffer."

The proposal is designed to provide clarity and remove some of the emotion that plays out during litigation, she said.

"This was supposed to be empowering to people who are going through a divorce," Stargel said.

The House could vote on the legislation early next week. The annual legislative session ends next Friday.