Gov. Rick Scott holds the power to vastly improve the lives of millions of Florida's children at no cost to taxpayers by signing Senate Bill 668 into law. This bill, which also makes needed reforms to alimony in the age of the two-earner couple, better allows children of divorce to receive what they want and need — equal time with both parents. A large and growing body of research validates their wishes, and I strongly urge our governor to waste no time in signing SB 668, recently passed by the Florida Legislature.

The bill allows mothers and fathers an equal starting point in the time-sharing discussion when first walking into Florida's divorce courtrooms. Specifically, the bill holds that approximately equal time with each parent is in the best interest of children when parents divorce. Assuming the parents haven't already agreed on an alternative arrangement, it also requires judges to produce written findings of fact to justify a parenting plan that does not require close to equal time between parents. This is a reasonable and necessary move that will encourage all judges to follow the overwhelming research on what's best for kids.

It is now generally recognized that children do best in a stable two-parent home. Their happiness, school performance, and psychosocial development suffer in any other arrangement. But when they have large amounts of parenting time with both parents after divorce, their paths in life are extremely close to those of children in two-parent homes.

In contrast, if you ask a social worker on the street what kind of homes the teenage shooters, dropouts, drug users and gang members come from, the answer is largely single-parent homes. Federal statistics confirm this. Shared parenting offers a solution, and it is free to the taxpayer. 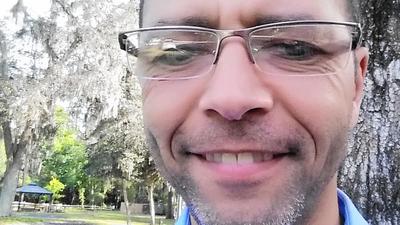 There are also benefits to the adults, both men and women. Lifelong bitterness growing out of desperate custody battles disappears. Tens of thousands of dollars in legal expenses are saved, which can better be used to the benefit of the children the legal system is supposed to look out for. Both parents can pursue demanding careers, meaning that women's gap in pay can be decreased. Additionally, shared parenting is a pure expression of gender equality.

Critics of shared parenting in Florida fear it would restrict judges to the confines of 50-50 time and require a court to ignore a particular family's situation. That is simply not the case. Judicial discretion would remain as judges would still consider up to 20 factors in determining if moving away from 50-50 is in a child's best interest. A judge could — and should — decide against awarding equal time if a parent is truly unfit or if a parent is dangerous. This bill simply makes equity the starting point in the time-sharing discussion.

The fact is the evidence in favor of shared parenting continues to mount. As just one example, in May of 2015, the Journal of Epidemiology & Community Health published a 150,000-person study titled, "Fifty moves a year: Is there an association between joint physical custody and psychosomatic problems in children?" The study concluded shared parenting after divorce or separation is in the best interest of children's health because the arrangement lowers their stress levels.

Also, shared parenting has recently received high-profile endorsements from the Catholic Church, the 2015 International Conference on Shared Parenting, and the Council of Europe.

SB 668 is a winner for children, mothers, and fathers. Florida has the chance to be a national leader in the effort to bring equity and fairness to family law and put the best interests of children first. Please join me in urging Scott to sign this bill so that more Florida families can survive as well as thrive after divorce.